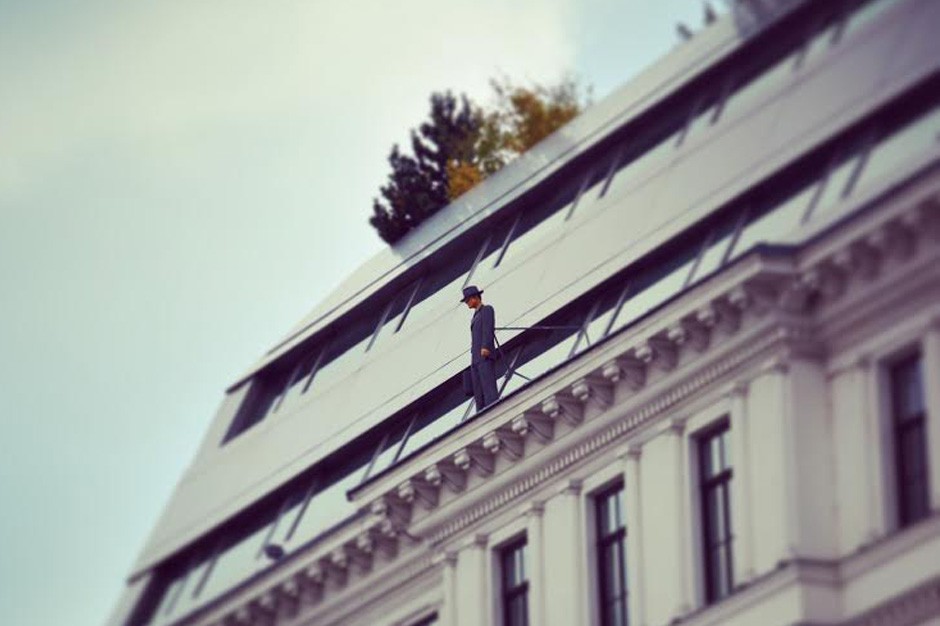 Need a conversation starter? Here´s some superfluous knowledge about Vienna for your next small talk session.

The other day on my way to work I stopped at a traffic light and spotted the brilliant piece of morbid Viennese humour you can see on above picture: a suicidal business man on top of a roof I had never noticed before.

Which led me to think: what else is there (you and) I haven´t gotten to know about my hometown yet? So I went on rummaging through my brain (and the internet) and stumbled across these very, very random fun facts about Vienna.

My favourite walk through winterwonderland